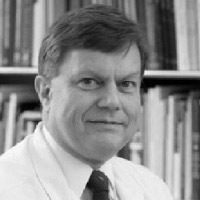 Hans-Reinhard Zerkowski, MD, PhD, is emeritus Professor of Cardiothoracic Surgery and has participated in the development of HVR Cardio’s CathHELIX® transcatheter based mitral repair technology.

In 1994 Prof. Zerkowski, began his professorship of surgery as Surgeon-in-Chief and Head of Cardiothoracic Surgery (Chair) at Martin-Luther-University Halle-Wittenberg, Germany. In 1998, he moved as a full Professor of Cardiothoracic Surgery (Chair) and Surgeon-in-Chief to the University Hospital Basel, Switzerland, and became Chairman of the Department of Surgery.

In 1985, he received the highly recognized Ernst Derra Award from the German Association for Cardiac, Thoracic and Cardiovascular Surgery for outstanding basic research.

He has extensive medical experience in clinical surgery with more than 7,500 surgeries. In addition, for over two decades, he has carried out basic research on human adrenoceptors, including studies that led to the first human myocardial proteomics. Having published several hundred peer review papers, he is well known for translational research as well as an author of several important text books.

In addition to his extensive clinical and vast basic research expertise, he served as President of the German Cardiothoracic Society’s Guidelines Committee for almost seven years since its inception, as well as a member of the AZQ in Berlin (National Guidelines).

Prof. Zerkowski has been involved throughout his career in improving the treatment of valve disease. This includes the FDA approval of the ATS valve (1994-2007), especially in the mitral position (2005).